Shadow photography is about dramatic mood or artistic approach. It’s not about a dark mass that should be edited. I’ve gathered several useful light and shadow photography tricks to help you work with photography shadows creatively and make photos vivid.

Photography is about capturing and manipulating light. Not everyone knows that the direct opposite of light, the shadow, is equally as important when it comes to taking beautiful photographs.

Shade has the power to form the light, attract the viewer’s attention, and intertwine with it, creating unique shooting conditions each time. If you would like to take shadow and light photography, you need to learn how to control both elements equally well.

1. Shoot During the Golden Hour

The golden hour is a brief timeframe during which the sun is slowly falling behind the horizon and sheds a “gold” light. That period usually lasts for 20 min after sunrise and prior to sunset.

Despite the limited timeframe, you should always schedule photoshoots to capture dramatic shadows. Use the Exsate Golden Hour or Golden Hour apps to do it.

While in this unique position, the sun throws long shadows that can become the main attraction of your photos.

Additionally, the golden hour allows you to take amazing silhouette photographs due to the backlight created by the sunrays that fall directly onto the subject’s back. The achieved contrast darkens the subject and makes it appear black and rid of details.

However, these two side effects are actually beneficial for shadow photos. Moreover, harsh light is also appropriate when taking pictures of buildings with interesting geometrical shapes.

The sharp shadows cast by the light add another dimension to the architecture and increase the dramatic effect. You still shouldn’t shoot at noon since the created top-down shadows make the subject look unattractive.

Try to schedule your shoots prior to/after the noon, so that the sun sheds angled light (10AM or 3PM usually work best).

Don’t get upset about missing out daytime light since you can also capture fascinating shadows at night, using artificial lights. Actually, you have even more leeway to experiment with shadows than using sunlight since you can control light sources placement and colors.

You can create a very interesting effect by adding streetlights to your photos, especially in foggy weather, although that doesn’t mean you can take great photographs only if the weather is bad. Another way of taking a good shadow photo is by using neon store signs. You can also imitate such lighting at home by purchasing special neon lights and LED strip lights.

You can get Rembrandt light by placing the light source at a 45o angle. Next, raise it over the subject’s head and angle it downward at 45o. This lighting setup will ensure half of the model’s face is covered with a shadow with the exception of a tiny triangle bright spot on the cheek.

Another creative lighting technique that is perfect for dark shadow photography is called split light. It means that light is shedding only onto a half of the model’s face, while the second half is hidden in the shadows. Just put the main lighting source by the model’s side and you’ll achieve this effect.

The aperture should be set at least to f/8.0. It gives you a bigger depth of field, which is needed to capture all the details in the shot. It minimizes the chromatic aberration, which is caused by focusing the camera on the sun.

Raise the shutter speed. When taking silhouette photographs, your goal is to have the subject underexposed. Underexposed = insufficient lighting, overexposed = overabundance of light. I suggest starting with 1/125 for a motionless subject and 1/250 for a dynamic one, and increasing the speed until the image is dark enough.

Always have the ISO setting as small as possible. When shooting at sunset, you’ll probably need to raise the light sensitivity. It’s acceptable to increase it slightly, but remember that if you’ll overdo it, your images will be too noisy (or grainy).

It is an easy way to illuminate the photography shadows caused by the bright sun. You may use any light surface (preferably white) as a reflector.

You are lucky if your camera or lens comes with this accessory, but in case it does not, you should use any objects that may create a shadow above the lens.

You may even use the palm of the free hand to make this shadow. It will be a so-called visor above the lens. But be careful since the fragment of such a lens hood may get in the frame.

Filters are very useful in case the shooting takes place on a sunny day. You may use a polarizing filter which will minimize the possible glares and reduce the light intensity. Moreover, it will control the color saturation of the future shot.

Sometimes, shooting against the sun allows taking images that simply strike the viewers with their brilliance. To achieve such results, you are to use a speedlight which will help illuminate the photography shadows that occurred due to the bright sunlight. I recommend using a lens diffuser.

Have you ever noticed how beautifully tree shadows look on buildings? Use them to create great shadow photos.

12. Patterns on the Body

For portrait shadow photography you can also use patterns of various interesting objects that will complement and give an interesting touch to each picture.

There is no need to go somewhere to take great shadow photos. There are plenty of common objects at home that make excellent shadows.

To take such an image, you are to use a “burn” tool to darken the face of the model. The object is faceless making the image enigmatic.

Have you ever tried to take shadow images with a film camera? Do it and your photography shadows will look completely different.

17. Focus on Your Shadows

In shadow photography, it is important not to overlap your main shadow with secondary ones to prevent melting with each other. Add some space between the shadows to focus on the main object.

You can use photography shadows in order to highlight specific areas. For example, in this photo, the author placed emphasis on the eye of the model. You can identically focus on hands, smile or an object if it’s street shooting.

I personally like pictures where I envelop a person’s face in interesting patterns, which you can get from any lightweight material. It adds zest to any portrait shadow photo and will allow you to play with the shadows.

Street architecture and shadows photography is an ideal combination. They complement each other, making shadows truly gorgeous. If there are people in the photo, most of the time I like to transfer it to the black-and-white format to give it a more artistic look.

Their works demonstrate different shadow photography ideas, which you will probably use for your future works and creative projects.

Ren Fuller is a food and lifestyle shooter interested in exploration. She gets her inspiration from the planet and the light.
Ren Fuller was born in Moldova (former USSR), then her family emigrated to the USA. She spent her entire adult life living in New York. Soon she and her husband moved to Los Angeles. Apart from her photography activities, Ren Fuller likes traveling, climbing, camping and cooking.
Her personal heroes are David Lynch, Josef Koudelka and their masterpieces. Ren usually brings several cool shadow photos from her trips.

George Mayer is a shooter born in Nizhny Tagil (Russia). Two years ago, he won Sony World Photography Awards (one of the most prestigious photo contests).
He took the first prize among professionals in the nomination “Portraiture” with the project “Light. Shadows. Perfect woman”. Soon this project was published in various European photography editions.
Sony Company gave a grant for the project “Libido & Mortido”, which was exhibited in London. Apart from shadows and light photography, Mayer is also engaged in commercial and fashion photography.

Solve Sunsdbo is a shooter from Norway. He is engaged in shootings by Italian Vogue, Love, Visionaire, V, Interview, i-D, NYTimes, Chinese Vogue, Vogue Nippon and W Magazine.
Together with W Magazine, he created and exhibited an installation of his moview “The Ever Changing Face of Beauty” in 2012. His works were displayed at numerous exhibitions. For instance, “Beyond the Still Image” was displayed at the Palazzo Reale in Milan as part of the 2018 Photo Vogue Festival.
In 2013, his work “Rosie and 21 Men” was exhibited at the Shoot Gallery in Oslo. This photographer works with the world’s famous magazines and wins the first prizes exclusively thanks to his unusual attitude to the world and an ability to capture it.

In 1939, Francis Giacobetti was born in Marseille in a Corsican family. He grew up in Paris and started his photography career in 1957.
He gained worldwide popularity thanks to his works in the genre of nude photography, fashion and advertising.
Over the past 15 years, Giacobetti took photos of the prominent personalities and public figures of the present time starting from Dalai Lama, Steven Hocking and ending with Fidel Castro, Gabriel García Márquez and Federico Fellini. 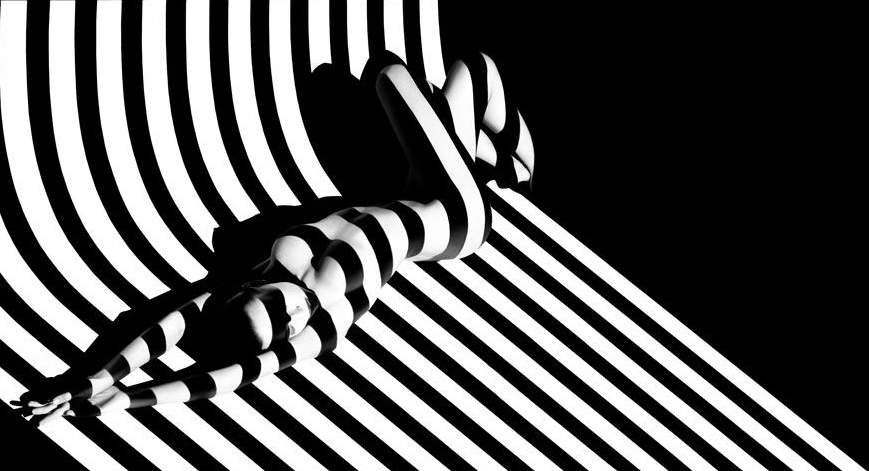 Heather Mason is a photographer who spent most of her life in Georgia. Now she lives and works in Denver, Colorado.
She has been specializing in wedding photography for more than ten years. Her wedding collections include numerous photos that belong to the genre of shadow photography.
For the whole period of her photography activity, she managed to shoot more than 300 weddings. As a rule, these are romantic and enigmatic images full of love, care and emotions.
Most of all, the photographer likes the beach, mountains and turquoise color. She also claims that in order to get the brilliant images, you are to make friends with the clients. 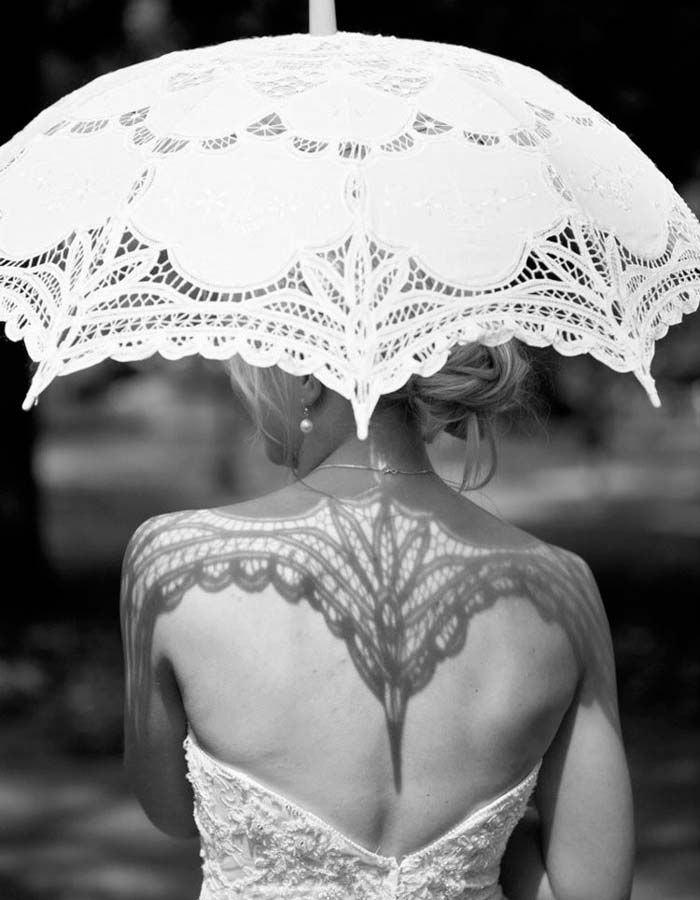 In shadow photography, it is important not only to capture the necessary frame but also to edit the photo, do color correction. I’ve chosen several photo editing freebies to help you correct light and shadows on your photos in several clicks.

Shadow photos definitely require correction of contrast to become vivid and deep. Having applied this action, your pictures will look more dramatic.

It happens sometimes that the shadows in photography are not dark enough and the picture seems spoiled. Try applying this preset to highlight the dark zones in the image and to enhance the expression of the whole picture.

This filter will make your picture softer, but, at the same time, leave the contrast untouched. I recommend using this Lightroom preset for street photography as well as for landscapes.

This action will turn your images into impressive black-and-white photos with slight vintage effects.

This preset is specifically created for editing pictures taken at sunset. It adds contrast to shadows and highlights them. This tool also maintains slight color correction of the whole image making it more stylish and pop.

Don’t be afraid to experiment with light and shadow photography since this photography genre forgives little mistakes and may even turn them into the main advantage of the captured frame.