Most controversial photos of all time 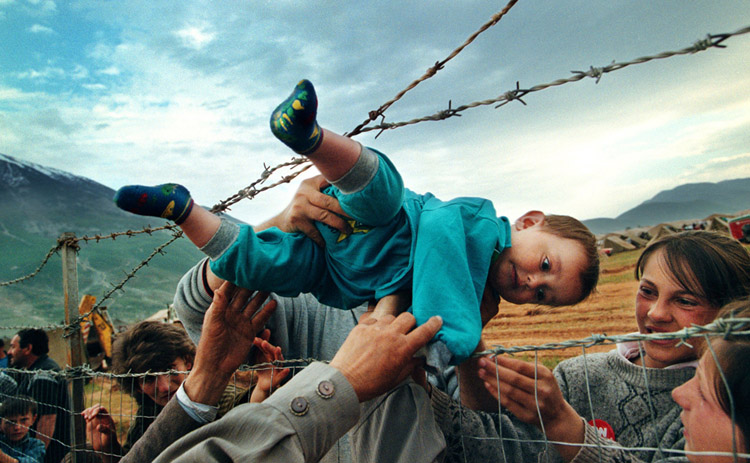 There are professionals who really can surprise us. They represent their own perception of the world and touch upon some important controversial photography topics. Let us observe professional sophisticated and highly qualified photographers who can send us into raptures easily.

Nowadays photography tends to be world-wide – at home and abroad people want to be photographed or to take pictures. Famous film and pop stars, businessmen, socialites and just ordinary people every day post millions of shots and it is considered to be popular and in the spirit of the time. Thus, the photography business is a very thriving one – people who are engaged in it can profit handsomely. Photographers, editors, retouchers, and some software specialists can really achieve great success. Besides, taking pictures is believed to be not only a source of income, but a kind of art.

Most controversial photos of all time

There are professionals who really can surprise us and whose before and after retouching images are thought-provoking and unusual. They represent their own perception of the world and touch upon some important issues. Let us observe professional sophisticated and highly qualified photographers who can send us into raptures easily.

Flora Borsi is a famous Budapest-based artist who specializes in the sphere of digital photography. With the help of post production photo editing she does wonders – her works act as a visual symbol of the things which seem to be impossible to convey in a photo. The shooter wants to express her emotions by her creative thinking. Flora`s photographs are given to art shows in Europe and USA, as they deserve repeated viewing. Due to her mastery and talent, Flora is the winner of numerous prizes and thus she has a high level of public respect and recognition all over the world. In 2014, Flora`s work was also chosen for the Photoshop loading screen.

Timothy Saccenti is a professional shooter and director who is sure to know Everything about the USA photo industry, as he lives in The City That Never Sleeps. Nevertheless, Timothy works all over the world and the pieces of his art contribute to the different spheres, such as music, visual art, illustrations, and media. His mesmerizing style is unique and groundbreaking, his photos are distinguished and exclusive. The photographer has been working with lots of sport brands, for instance, Nike, Adidas and Foot Locker. Timothy has won lots of awards due to his talent and his ability to create felicitous.

Daniel Albanese is one more New Yorker who is considered to be a world-known professional photographer, working for the website TheDustyRebel. Having deep knowledge of anthropology, he tries to focus on city landscapes and urban life in his works, and besides that he is fond of controversial art. At the present day, Daniel also makes photo essays for Instagrafite and he is sure to become one of the Top 10 remarkable Instagram photographers. For nearly a decade Daniel Albanese has cooperated with some blogs and newspapers, such as The New York Times, The Huffington Post, ANIMAL New York, The Atlantic, Artinfo. In addition, he made a contribution to the book industry proving it with highly professional photos.

Dauna Kraag is the professional shooter from Amsterdam, the Netherlands. She is mesmerized by the beauty of our world (not only the natural one) and gives her photos a High-End Level of retouching.  Dauna perceives everything in her own way and shows her feelings and thoughts by her pictures. She has an appetite for something unusual, extraordinary, original and controversial. Dauna Kraag is very curious – she likes to encounter new challenges, and think in a different way. What`s more, Dauna finds it interesting to observe people`s feelings, reactions and their way of behavior. She has no fear for experiments and craziness, or even something unaccepted by society. She is against the system!

Connor Kitching is a creative shooter on the make, who studies BA Photography at the University for the Creative Arts in Farnham, UK. Having a great experience of travelling all over the world, Connor he is quite lucky to meet many different people and get acquainted with unusual cultures. He had an opportunity to witness a wide range of scenic backdrops and incredible things which may change the understanding of the world. Connor conceives the contemporary society as something constantly changing, the diversity of tastes, attitudes and desires, without perpetuated stereotypes or biases. He has passion for taking pictures and knows How To Choose Your Genre in Photography since he pays special attention to the documentary ones.

Andrea Mora is the professional photographer who is currently a student of the Savannah College of Art and Design. Her works are put on display globally and are really worth seeing. Andrea devotes all her time to her photography  and high end  portrait retouching and finds this art awesome. She has a special talent to find something extraordinary in the ordinary things. Andrea highlights distinctive features of people she takes pictures of. She wants her images to make people feel something that evokes some particular emotions. Andrea always finds the possibility to add something personal and unique to a photograph.

Andrea More is keen on shooting wildlife and landscapes, but now she is also interested in shooting controversial and intimate pictures. Her pieces are believed to be thought provoking, eye-catching and captivating. See some Amazing examples of Black and White photography which will certainly appeal to you.

Charlene Sampson is the UK-based art shooter who finds her inspiration in philosophy, politics and the diversity of our society. She gives attention to culture and racism and always tries to work with a fertile creativity. As a child, Charlene used to be daydreamer and was fond of Art, which influenced her future career. Charlene puts a certain sense into every photo, she wants people to pick up on her message and ruminate on questions her pieces raise. She may even tell a story by her photographs and professional photo color correction, showing something striking and stunning. Charlene Sampson gives life to photos, makes them memorable and eye-popping.

Photographers want to express themselves differently, show our versatile world, nature and people who live in it, or deliver a particular message through their photographs. Professional shooters put themselves on the map by their majestic images and let people adore their masterpieces. It should be mentioned also that photographers are ingenious people and they can be quite controversial, which cannot but attracts the attention of the public.

Agim Shala, 2, is passed through a barbed wire fence into the hands of his grandparents at a camp run by United Arab Emirates in Albania as members of the Shala family are reunited after fleeing Kosovo.

Australian Scott Jones kisses his Canadian girlfriend Alex Thomas after she was knocked to the ground by a police officer's riot shield in Vancouver, British Columbia. Canadians rioted after the Vancouver Canucks lost the Stanley Cup to the Boston Bruins.

Earthrise: A photo taken by astronaut William Anders during the Apollo 8 mission in 1968.

For sure the photographers mentioned here are sophisticated skillful and great masters of their photography. Thus, it is evident that their digital retouching portfolio is adored by people and can`t but attract the public eye. Evidently pictures that undergo professional photo retouching and editing and working together with shooters and editors creates the stuff of legend. So, if you are an ambitious, determined and prolific artist, this sphere is for you. So, create and be creative!